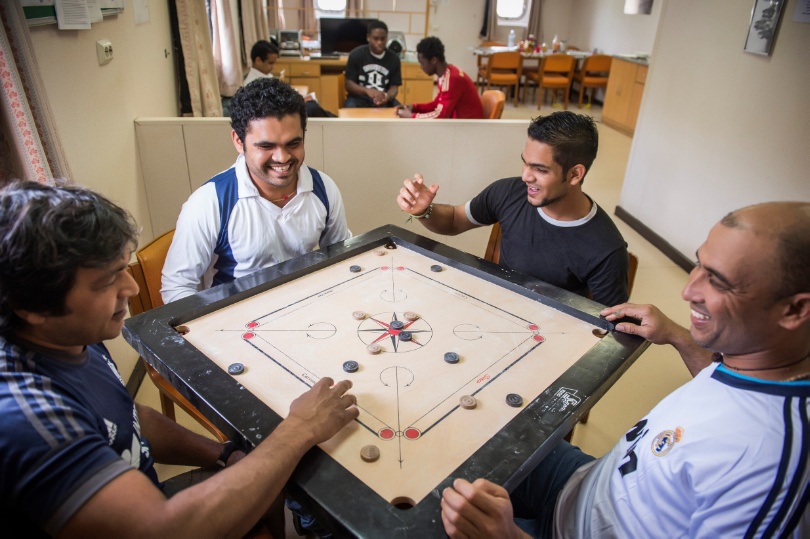 A new research study by Gard P&I, urges ship operators to provide greater support to seafarers to help prevent anxiety and depression. The recommendations include the provision of on-board amenities such as internet access, improved accommodation and recreational activities.

Amid growing concerns about mental health and wellbeing at work in general, a recent research study explored the mental health and wellbeing among seafarers working in the international cargo shipping industry. The study, conducted by Cardiff University and funded by the Institution of Occupational Safety and Health (IOSH), combined the use of questionnaires, interviews, literature and claims data from P&I clubs to clarify:

In this article, the second in a series of Gard Insights covering the topic of mental health of seafarers, we highlight some of the key findings from the study. The report in its entirety is available on the IOSH website and includes a number of recommendations on how ship operators can take steps to improve mental health and wellbeing among seafarers.

Seafaring is characterised by a unique set of features which sets it apart from other occupations. This includes demanding physical working conditions, potentially hazardous tasks, long hours of work and high levels of stress and fatigue. Seafaring is also described as a ‘lonely life’. Not only are seafarers away from family and friends for very long periods of time, many seafarers live isolated lives while onboard. An increasing degree of automation onboard ships has led to smaller crews and crew members may have very different cultural and ethnic backgrounds. In this context, the workforce may be regarded as particularly vulnerable to mental ill health.

The status of seafarers’ mental health

While the study found no clear evidence of a worsening situation related to serious mental ill health among seafarers, it concludes that there is some evidence that mental health problems are generally higher among seafarers than non-seafarers and that recent-onset psychiatric disorders have become more common onboard cargo vessels in recent years.

When looking at Gard’s data for mental illness and suicide, we see that the number of cases of mental illness and suicide have remained somewhat unchanged over the last 10 years, although some underreporting is anticipated. The study found similar results when analysing other P&I clubs’ data and on an overall level, P&I clubs’ data do not reveal any discernible increase or decrease in mental health repatriations as a percentage of overall ill health repatriation cases. The data also indicates that mental health claims constitute a very small proportion of overall repatriation cases on the grounds of illness.

The study concludes that “it is appropriate for industry stakeholders to be concerned about seafarers’ mental health and wellbeing and that such worries may be somewhat overdue”. In fact, 55% of employer respondents stated that their companies had not introduced any policies or practices aimed at addressing issues of seafarers’ mental health in the last 10 years. Going forward, there needs to be much more emphasis placed on proactive measures aimed at improving the conditions of work and life onboard for seafarers and less placed on reactive and self-help strategies for employers and seafarers.

There are many factors that may be seen as undermining seafarers’ mental health and wellbeing. Some of these factors are generic across the occupation, others may be more related to specific ship types/trades, shipboard positions and company procedures.

The study found that generic predisposing factors that may be regarded as inherent to the seafaring profession overall include isolation and loneliness, lack of shore leave, fear of criminalisation, fear of job loss and separation from family all predispose seafarers to mental ill health. In addition, various ship specific factors, e.g. too much work and poor food, and crew related factors, e.g. having a ‘bossy captain’, experiencing discrimination, being blamed for things and falling out with superiors and other colleagues, were all reported as causes for seafarers to feel ‘down’ or depressed while onboard.

The issue of mental illness is a vast subject and ship operators are urged to spend more time on understanding the problem. As a starting point, it is important to accept that seafarers have the same challenges, feelings and motivations in their day to day life as anyone else. In addition, they also have the challenge of being constrained 24/7 onboard a ship for long periods of time and far away from friends and family. It is important to be aware that seafarers’ mental health can be affected by the working environment onboard the ships, in particular where this is characterised by behaviours such as conflict and bullying.

The study emphasises that strategies to support good mental health must “be orientated towards proactive ship-board improvements designed to stimulate positive social interaction (with those onboard and those ashore) and to improve opportunities for seafarers to relax, recharge and uplift their mood”. While provision of free internet access was identified as the most significant contribution that would improve happiness and mental health and wellbeing on board, terms and conditions of work, relationships onboard, physical health, accommodation and recreation were also identified as areas where ship operators could take action.

Gard recommends encouraging seafarers to talk about mental health and wellbeing to bring normality to the issue. Mental health should be discussed routinely in office meetings as well as safety meetings on board, see also our publications “Mental health and seafarers: It’s time to talk” and “Everyone should be treated with dignity and respect at work”.